The three regional programs applications processes vary although all follow the same principles.

FIRE Africa required selected projects to be aligned with any of the following categories:

FRIDA required selected projects to be aligned with one of the following categories:

Since 2014, a project can only apply in one category, which encouraged applicants to define their proposals more clearly, to identify their contributions and articulate the scope of their work in a more structured way.

In 2014, the FRIDA Jury worked to redefine the categories in response to the feedback provided by the evaluators where the need to provide a more specific framework was highlighted. The final categories were decided upon in March were:

The funding allocated through the Start-ups modality in 2014 was not linked to specific categories. 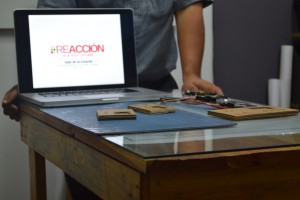 ISIF Asia conducted separate and open calls for applications for small Grant and Award nominations during 2012, 2013, 2014 and 2015. The timeline for the Grants and Awards was separated. Calls for Awards opened during the first semester of the year and Grants during the second semester, which eased the selection process for the Selection Committee and helped to clarify confusion among applicants about the funding mechanisms available.

ISIF Asia required selected projects to be aligned with one of the following categories:

For the next cycle starting with the 2016 grants, the categories have been simplified to:

The Community Choice Award was restructured during 2015 into a ‘top-up’ of AU$ 1,000 given to one of the winners. This winner is selected by the selection committee and responds to the need to value more the quality of the work presented instead of the effectiveness of an organization to actually conduct a successful social media campaign.