All three regional programs work towards the implementation of transparent selection processes, using technology to facilitate decision-making and promote participation from the Internet community. During the selection process, special consideration is given to applications and nominations coming from developing economies or to initiatives where the majority of the funds requested were to be invested in developing economies.

Although the selection of proposals is conducted separately in every region, the three programs share similar criteria and structure. Every program has its own online evaluation system to facilitate the selection processes, to gather data from the applicants’ pool for future evaluation processes, field building, to measure outreach of the programs and identify emerging issues where future investment might be needed, among other uses.

A pre-screening process took place, where the secretariat accepted applications that were “in scope” (aligned with FIRE Africa objectives and selection criteria) and if they were submitted from economies in Africa.

The Selection Committee reviewed approved applications and produced a short list of potential fund recipients. During this step, applicants might have been contacted to provide clarification, additional information and/or to accept the funding offer. Once the shortlist was confirmed, the Selection Committee made a final selection. Selected recipients were then requested to confirm their acceptance of the Grants and/or Awards terms and conditions. Once they accepted the offer, a public announcement was made on the FIRE Africa website and a notification sent to the complete database of applicants via the email addresses used to submit proposals or nominations.

During the application process (not during the pre-screening), the FIRE Africa Program coordinator was able to approach applicants to assist them to better meet the eligibility criteria

LACNIC staff did not participate in the final decision-making process. The FRIDA coordinator conducted the initial screening and reviewed applications against the program objectives and eligibility criteria for all four funding modalities: small Grants, Awards, Awards+ and Start-ups.

An external jury, hired to independently review the Award nominations, conducted the selection process. The Awards jury took into consideration the following elements:

Each jury member assessed four or five projects and then worked in pairs to assess a similar number of nominations. Finally, the jury selected the best projects for each category, plus the ‘most voted more creative’ project from the online voting. 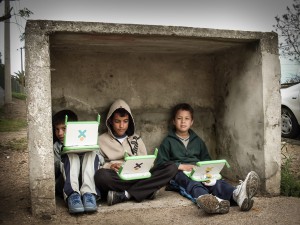 The jury is composed of: 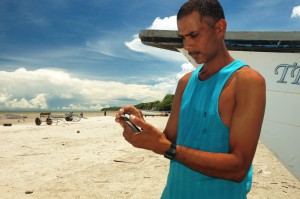 M-Fisheries by the University of West Indies (Trinidad and Tobago). FRIDA 2012 Grantee.

The ISIF Asia Program Coordinator conducted the initial screening and reviewed all applications (for both Awards and Grants) against the program objectives and eligibility criteria. Applications not complying were rejected but were stored in the system for data analysis. Six representatives from the ISIF’s partner organizations are members of the Selection Committee and perform the role on a voluntary basis. Since the program started in 2008, the committee has completed all of the assessments using the online system in full. Selection committee members from 2008 to 2013 were representatives from:

In 2014, two new members joined the selection committee, which is now composed of representatives from:

Divided in teams of two, they assessed applications and provided comments. Proposals accepted by two committee members were moved to full review, where all committee members commented and ranked the applications based on the eligibility criteria. Rejected proposals can be reassessed at any time. Proposals that passed for full review are encouraged to re-submit the following year. The final list of Award winners were confirmed through the mailing list. No face-to-face meeting or teleconference are required during the selection processes as all decisions and discussions are documented as part of the online selection system and on the selection committee mailing list.